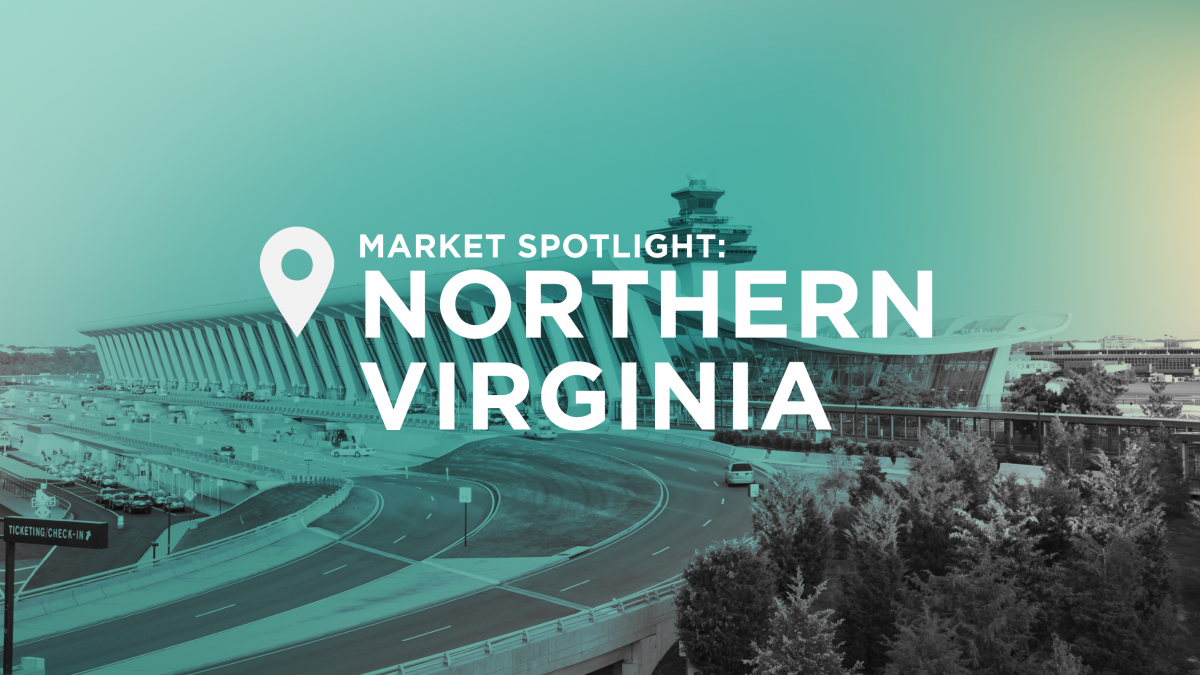 What made Northern Virginia the world’s largest data center market?

While there are many “hot” and desirable data center markets around the globe, there are arguably few as in-demand as the Northern Virginia region. The geographic region near Dulles International Airport, including the community of Ashburn and its surrounding area, is home to the largest concentrations of data centers in the world. And it’s still growing.

The demand for digital tools and cloud technologies stemming from the ongoing COVID-19 pandemic has launched a flurry of new data center construction in the region. As Buddy Rizer, the executive director of economic development for Loudoun County, which oversees much of the region’s data center development and growth, recently told Data Center Frontier, “COVID has definitely accelerated development…We’ve never been as busy as we are right now with the data center industry.”

And if that isn’t evidence enough that Northern Virginia is the world’s leading data center market, it’s also fair to point out that the newly-established Data Center Coalition – a trade association representing data center owners and operators – chose the region for its headquarters.

This raises a very natural question. “Why?” What is the siren’s call that draws so many data centers to Northern Virginia – a region that is probably known by many Americans more for its proximity to their nation’s capital than anything else?

While many of the region’s residents would certainly extol the benefits of both the region’s nationally-recognized wine and craft beer industries, along with the Smithsonian National Air and Space Museum’s Udvar-Hazy Center – which calls the region home and is truly an American treasure – neither of those things are responsible for the region being home to more than 100 data centers. So what is?

Let’s look at a handful of factors that contributed to Norther Virginia being coined, “Data Center Alley.”

Location, location, location
The same real estate agent mantra that has been used to justify the expensive price tags on homes in desirable neighborhoods with solid school systems also applies to data center site selection. At the end of the day, location is incredibly important, and the area of Northern Virginia that is the epicenter of data center construction is really in a perfect one.

If you plotted Ashburn, Virginia, on a Google map and then zoomed out until the entire eastern seaboard of the United States was visible, you’d see that the region is essentially right in the middle. This geographic location makes data centers in the region optimally located to service many of the large cities up and down the east coast without significant latency. That location makes Northern Virginia a very desirable data center location for local companies, as well as companies on the west coast – and international companies – that are looking to extend their reach and business into the Eastern United States.

Yet, while proximity to other east coast cities is certainly desirable, it’s the region’s proximity to one, in particular, that makes it so attractive for many. Loudon County and other data center hotspots in Northern Virginia are approximately 30 minutes outside of Washington, D.C.

The nation’s capital and the area around the Capital Beltway remains one of the country’s hottest economies and is home to many organizations that, together, comprise a large market for hyperscale companies, including:

Together, this vibrant business community consumes a significant amount of hyperscale services – from cloud servers and storage to SaaS business and productivity applications. Having data centers located in the Northern Virginia region enables companies to meet the large requirements of this community.

However, the location isn’t just convenient, it’s also safe. The uptime of data centers is paramount and building them in locations where natural disasters or other emergency situations are rate is essential. Northern Virginia sees few natural disasters, with the exception of the occasional hurricane or severe storm, making it a safe place for data centers.

But this safe, centralized location on the East Coast would be for naught without available land in which to build physical data centers. While Ashburn itself has seen much of the desirable land acquired by data center owners and operators over the past decade, it’s just one community in Northern Virginia that is suitable for data center construction. While there is still viable data center land in Ashburn, today, data center owners and operators are widening their search and looking outside of Ashburn to other parts of Northern Virginia, including in parts of Loudoun and Prince William Counties. In these areas, a large quantity of viable land for data centers remains available – at least for now.

Finally, the region offers fast and easy access for transportation, with access to the I-95 corridor, rail transit from Washington, D.C. and even easy access to Dulles, the region’s largest international airport.

But safety, proximity and convenience aren’t the only reasons why the Northern Virginia location is so desirable.

Power and fiber aplenty
Available land, reliable power and connectivity are three of the primary things that data center providers and hyperscale companies are looking for when doing site selection. And both power and fiber are abundant in the region.

Dominion Power, the electric utility servicing Northern Virginia, has a long history and strong reputation for providing consistent energy for its data center customers. The company has also been investing heavily in renewable and sustainable energy – pledging to get 15 percent of its energy from renewable sources by 2025.

Drawing energy from renewable sources isn’t the only thing that data center owners and operators are looking for in an energy partner. It’s also essential that their partner organization that provides electricity does so at reasonable and affordable rates. This is another area where Dominion, Virginia’s largest power utility, shines. According to the company’s 2018 Economic Development Report, they offer power at approximately 2.5 cents less per kilowatt hour than the national average.

Northern Virginia also features an abundance of connectivity. The region’s close, historic ties to the federal government and long history of technology and innovation have resulted in an incredible network of fiber that can be utilized by data center providers and hyperscale companies.

In the early 1990s, Northern Virginia became home to one of the first Internet Exchanges in North America. The resulting interest in the area from Internet and technology companies sparked development that would result in the region featuring more fiber and dark fiber network connectivity than practically anywhere on the planet. Much of this was a result of early tech pioneers and telecom companies establishing their headquarters or an otherwise large presence in the area. Some notable companies that created a foothold for themselves in the region early and helped to build its network and Internet backbone include AOL, Verizon, Orbital Sciences and Telos.

Today, the region also offers proximity to undersea Internet cables that can connect data centers in the U.S. with the rest of the world – including cables in Virginia Beach and other across the Mid-Atlantic region.

The long history of connectivity, availability of fiber, undersea cables and an Internet Exchange Point (IEX) makes Northern Virginia an incredibly connected location that can give data center providers access to anywhere on the east coast, in the U.S. or around the globe.

Data center friendly government and workforce
According to a study by the Northern Virginia Technology Council (NVTC), the total economic impact of the data center industry on the State of Virginia was $10.1 billion in economic output. All told, the industry directly or indirectly contributed to the creation of 45,290 full-time-equivalent jobs in the state with $3.5 billion in associated pay and benefits. The NVTC study also found that the industry directly or indirectly generated $600.1 million in state and local tax revenue in Virginia.

Government and community leaders in the Commonwealth of Virginia understand the economic benefits that data centers deliver to their community. They acknowledge that data centers are an economic engine for their region. This has led to regional and local governments being incredibly supportive of the data center industry – embracing the construction of new data centers and working with industry leaders to implement data center-friendly tax incentives and policies.

The tax incentives offered by the government are certainly a factor in bringing both data center providers and data center tenants to the region. Included in these incentives is a sales and use tax exemption that, according to the NVTC study, “…is available to data centers that make a minimum new capital investment of $150 million and that create a minimum of 50 new jobs in a Virginia locality…Tenants of colocation data centers that qualify for the incentive may also receive the sales and use tax exemption.”